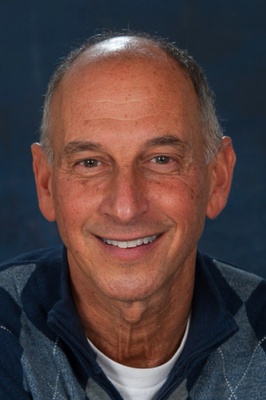 What our Patients have to say

Caryn W.- He’s the best! Came to my house when My husband was so bad he couldn’t get out of bed. He was walking by the time Dr. Riess left!

Gail J. - Dr. Riess is the BEST!!! I have been going to him for YEARS!  (And my children, as well.) He is by far, the NICEST person you will meet. Plus he is so knowledgeable, so helpful, so accommodating, and so great at making you feel better!!!! And, Claire who manages the office, is also such a kind and caring person, which is very important, in my opinion, makes going there such a pleasure!!

Meredith W.- I rarely ever post on FB, and posting on PM happens even less often. I went to see Dr Steven Riess, a chiropractor in Plainview, who has this little clicker that seriously is magical! I couldn't stand up on Wednesday.  And after 2 appointments and a few clicks from this magical thing.... I'm walking. Amazing chiropractor.

Jessica L. Same story with me. Weird little plastic gun and some light touch and I was up and running (well, walking. I never run) - and thank you for referring him to me!

Viktoria B.- It's called an activator, it puts the pressure right on the target area instead of the traditional cracking. Our good friend has been using him for years, it's amazing. Pulled my back out last year pretty bad, was up and almost 100% with a couple of adjustments. It is magical lol.

Holly A.- Me too!! I had terrible pain in my neck and after just a few visits, it's gone!

Dawn W.-  Dr. Riess is AMAZING!!! Just had a terrible pain and he's been working very diligently to help me, can't say enough good things about him! Trust me!!!!

2  weeks prior to my wedding I was having bouts of dizziness and  lightheaded. I was freaking out and went to multiple doctors to find  an answer for these horrible symptoms I was having. After seeing Dr.  Riess, he diagnosed what the issue was after one visit and addressed it  within the 2 weeks of my wedding. Safe to say I felt GREAT on my wedding  day! Dr. Riess is not only an incredible chiropractor but he also has  an incredible bedside manner. I would HIGHLY recommend him to anyone who  needs a chiropractor!

I  was recommended to Dr. Riess by my general practitioner. I had back  surgery in Nov 2015 and still wasn't feeling right . I truly was giving  up hope.  I suffered 3 years with back pain . On my first visit with Dr.  Riess , he said just give me three weeks and you will see a  difference.. I was very skeptical as Dr. Riess practice is quite  different from a regular chiropractor.  Well ,it is now three weeks and I  am feeling the best I have felt in three years.  My daughter , who is a  competitive college runner at a Div 1 college is also treating with  him.  I would recommend Dr. Riess 100%.

He  was my chiropractor for years until I moved. But every time I come back  into town, I try to come and see him and Cindy. He has treated me for  migraines, sore neck, lower back issues and even adjusted both my kids!  He is the best. I would recommend him to anyone.

Dr.  Reiss has a wonderfully sunny disposition.  His adjustments are like  magic and have treated many a horrible migraine with fantastic results!